If a 911 call is made regarding a domestic disturbance, there is a very good chance that someone will be arrested and charged with a Domestic Violence offense. California law requires law enforcement officers responding to a call for even the most minor incident of Domestic Violence to arrest the person who they deem to be the dominant aggressor.

What Happens with a Domestic Violence Incident

If there is any evidence of injury, even the smallest red mark, the party arrested could be charged with a felony. Other charges that may apply to a domestic violence allegation include criminal threats, spousal battery, assault with a deadly weapon or force likely to produce great bodily injury, or vandalism.

Many sections of the penal code can come into play with a charge of domestic violence:

Criminal charges may be filed even if the alleged victim says he or she started the fight, was hurt, and does not want to press charges.

There is a misconception that a spouse/partner/girlfriend etc can “drop” the charges after he or she has called the police and you have been arrested. They can’t. The  District Attorney’s office  will not drop charges in a Domestic Violence case simply because a week or a month later the “victim” wants to drop the charges. The  decision to file or not file a case is solely in the discretion of the D.A.’s  office.

The  consequences of a Domestic Violence conviction can last a lifetime. These crimes carry heavy fines, mandatory classes that last a year, jail  or prison sentences, and are defined as crimes of moral turpitude. More-over, some of them can be  “strike” offenses for purposes of the Three Strikes Law.

• A conviction of even a misdemeanor involving Domestic Violence will subject a person to a ten year ban on  firearm ownership under California law and possibly a lifelong ban under federal law.

North Valley Attorneys has handled 1000s of cases of Domestic Violence in Butte, Colusa, Glenn, Shasta, Sutter and Yuba counties and know the BEST WAY to defend you and protect your rights. 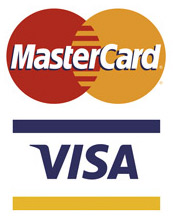